Michael – Portrait of an Actor

I have been putting off starting a blog and using facebook for a while now.  As a photographer I figure I do my talking through my images.  But sometimes even I have to admit that an image begs to have something said about it or the circumstances in which it came to be.  I thought I would start with this image.  Michael is an actor.  He has had 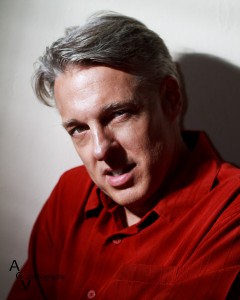 several small roles on television shows and on commercials, so I knew we would get a good variety of images as he cycled through his persona’s.  This image, however, is chilling.  I remember thinking as soon as I saw it on my camera screen that he should use it to get cast as a bad guy.  Not exactly what most actors dream of?  Maybe not, but I have heard that people that can play bad guy characters get work over and over again.  Think about how often you have seen the same actor in lots of villain roles.  Anyway, I hope this image helps him in his acting career.  Of course, we got the normal (and some not so normal) images in his portrait session, but this one stuck out.

Can you see Michael in a bad guy role?

I am just a guy with a camera who does not like to talk about himself very much. This blog will be a challenge to draw myself out by showing how I interact with my corner of the world through pictures. It is my hope that the stories I tell are as interesting and entertaining as the images I create are beautiful. As this is my first attempt at blogging, please be gentle...
View all posts by Andrew →
This entry was posted in Portraits and tagged actor. Bookmark the permalink.